Do I need a criminal defense lawyer if my BAC was lower than 0.08%? 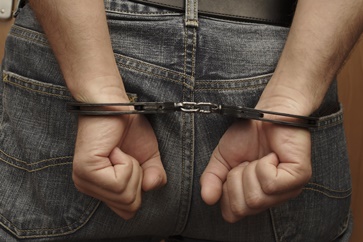 It’s common knowledge that a blood alcohol concentration (BAC) of 0.08% or higher is considered legally intoxicated under Arizona law. However, there are circumstances in which you can be charged with drunk driving if your BAC is less than 0.08%.

Whenever you’ve been arrested for DUI, you need a criminal defense attorney to help you evaluate your next steps. Don’t take chances when your future is at stake.

Arizona has no tolerance for underage drinking and driving. If you are under 21 and are found to have consumed any alcohol at all, you will be charged with a DUI. Charges for possession of false identification, minor in possession of alcohol, distribution of alcohol to other minors, or soliciting alcohol may also be added.

The stiff financial penalties associated with a DUI can be difficult for a young person to afford on a limited income, and the stigma of a criminal record can make it hard to obtain suitable employment. If drugs are found in the car along with alcohol, there is also a possibility that this would make them ineligible for federal student aid. An underage driver needs an aggressive defense to ensure one youthful lapse in judgment doesn’t derail an otherwise promising future.

Due to the nature of their work, commercial drivers are held to a higher standard when it comes to drunk driving arrests. A driver with a CDL is considered legally impaired with a 0.04% BAC if they are operating a commercial vehicle. If they are opening their personal vehicle, the 0.08% BAC limit applies.

The biggest concern for a commercial driver facing a DUI charge is the loss of their ability to earn a living. A first offense DUI, regardless of what vehicle was being driven at the time, results in a one-year loss of the CDL. A second offense results in a lifetime CDL loss. If a driver had a DUI on their record before they earned a CDL, their first DUI as a commercial driver would result in a lifetime suspension of the CDL.

Arizona allows for an “impaired to the slightest degree” charge when a driver has a BAC of less than 0.08%, and there is evidence they are not safely able to operate a vehicle. The standard for an officer to make an arrest is probable cause. This can be defined as a failed sobriety test, a driver admitting they are intoxicated, slurred speech, glassy eyes, or test results that show traces of alcohol or drugs that impair driving.

This type of DUI is just as serious as an arrest involving a BAC of 0.08% or greater. You’ll face the same jail time and fines as a driver charged with a Class 1 Misdemeanor DUI—plus the consequences of a criminal record, license suspension, and higher insurance rates when your license is reinstated.

Your BAC is affected by your weight, gender, metabolic rate, type of build, and how recently you’ve eaten. However, it’s entirely possible to be arrested for a DUI in Arizona after just one or two drinks. Without someone to advocate for your interests, you could be left facing the consequences of a drunk driving conviction even though you had no intention of putting anyone at risk.

Regardless of your BAC at the time of your arrest, the attorneys at Griffen & Stevens Law Firm are here to help. We’re skilled negotiators and litigators who work vigorously to build a strong defense and ensure the best possible outcome for the charges you are facing. We will investigate to see if there is a lack of a legal basis for pulling you over, whether the field sobriety tests were administered correctly, and if your Miranda rights were violated. If the charges against you can’t be dropped, we may be able to get them reduced to a lesser offense such as reckless driving.

Contact us today to discuss your case with a free initial consultation.