When You’re Preparing for a Murder Trial, an Experienced Criminal Defense Attorney Is Vital 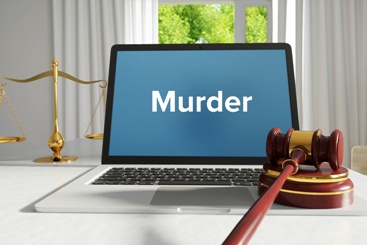 Although most criminal charges result in a plea deal, murder and homicide prosecutions are unique and often lead to a jury trial. Additionally, there may be intense media coverage and a public outcry in favor of the harshest possible sentence. To protect yourself, you need to invoke your right to remain silent and seek the assistance of a skilled criminal defense attorney with extensive experience handling murder and homicide charges in Arizona.

Murder and Homicide Laws in Arizona

Arizona law allows for the following types of murder and homicide charges:

Unlike most states. Arizona doesn’t have a vehicular homicide or manslaughter law that applies to driving-related deaths. Fatalities caused by drunk driving or other forms of criminal negligence are charged in the state’s more general homicide and manslaughter laws.

When the victim is a pregnant woman, the defendant can face charges for her death as well as the death of her unborn child.

The Value of Skilled Representation

When you’ve been accused of murder or homicide, you need an experienced lawyer who is not afraid to take a case through trial and fight the prosecution every step of the way. Bruce S. Griffen and Ryan J. Stevens will do just that. In your defense, our legal team will utilize DNA evidence, cell phone records, fingerprint reports, surveillance videos, and every other type of evidence available. We will fight for your rights and use every option available to stop the prosecution in its tracks. The prosecution may be under immense pressure to secure a conviction, but we won’t allow them to cut corners or misrepresent the facts.

Whether it’s first-degree murder, second-degree murder, manslaughter, or negligent homicide, contact us today for a free case evaluation. When your freedom’s at stake, we’re here to help.