When There’s a Warrant for Your Arrest, You Need an Experienced Arizona Criminal Defense Attorney 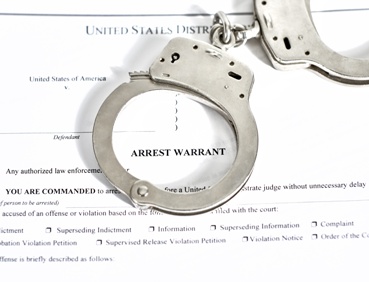 Arizona arrest warrants can be issued for a number of criminal activities, such as theft or assault. Regardless of the reason the warrant is issued, you need an attorney's assistance immediately.

What You Need to Know About Arrest Warrants

Arrest warrants are issued when the judge determines there is enough evidence to find probable cause that someone has committed a crime. When the police obtain this type of warrant, they have the authority to come to your home, work, or another place you are known to frequent to take you to jail. The arrest can take place immediately, or the warrant may remain outstanding until you’re pulled over for a minor traffic offense or some other unrelated action brings you in contact with law enforcement. Arrest warrants do not expire.

How We Can Help

When you’ve been charged with a crime, the top priority of Griffen & Stevens Law Firm, PLLC, is to lower the bond and get you released. In addition to the personal benefits of being released, we can defend your case better if you are out of custody.

Our criminal defense attorneys have handled all types of bond and bail hearings, including initial appearances and release hearings on major felony cases. We will fight for a lower bond, release on your own recognizance (OR release), third party release, pre-trial services release (PTS release), and every other method of release available.

Time is of the essence while you or your loved one sits in jail. Contact us today for a free consultation on bond, bail, and release.