Disorderly Conduct Charges Are Subjective, Which Is Why a Skilled Lawyer Is Essential 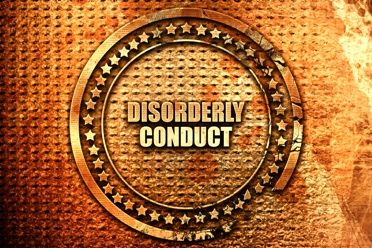 Disorderly conduct is one of the most common charges of all personal crimes. The police love to issue this charge—also known as disturbing the peace or drunk and disorderly—because it's an easy "catch-all" for most types of inappropriate behavior.

Types of Disorderly Conduct in Arizona

Disorderly conduct in Arizona is covered in statute A.R.S. 13-2904. It encompasses six different types of behavior committed with intent to disturb the peace or quiet of a neighborhood, family, or person.

Officers have a great deal of discretion in determining whether specific actions fit the criteria for this charge, which is why disorderly conduct arrests as so common throughout Arizona.

When the crime involves firearms or other deadly weapons, disorderly conduct is raised to a Class 6 felony. This carries a punishment of a minimum prison sentence of one and a half years and a maximum of three years in prison. If you have a prior felony conviction, you will have to do the "prison only" sentence, which is a minimum of three years and a maximum of six years.

You Need a Skilled Lawyer to Protect Your Rights

Disorderly conduct charges are subjective by nature, which is why skilled representation is essential. Our experienced criminal defense lawyers have a record of success in disorderly conduct cases by attacking witness credibility and getting cases dismissed. Whether it's fighting, public intoxication, or another disorderly conduct crime, they will fight to protect your rights and keep you out of jail.