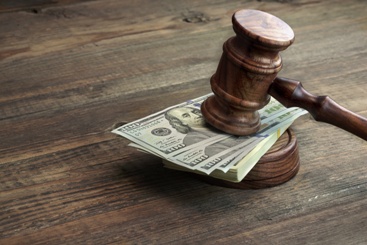 Bail is what allows a person who has been arrested to remain out of jail while their case is pending. If a defendant is released on bail and makes all their legally required court appearances, the bail money will be returned.

Don't Be Confused by the Arizona Bail Process

Bail is often paid by family or friends, but can also be paid by a bail bondsman. The fee for using a bail bondsman is usually 10% of the total bond amount along with collateral to secure and protect the bond. As a condition of using a bail bondsman, the person charged with a crime must check in with the bond company regularly and provide updates on their court case.

The amount of bail required depends on what the person is charged with. Some of the factors considered in setting bail include:

Even though bail is considered a constitutional right, there can be cases where no bond is set due to the severity of the charges or probation violations indicating a flight risk.

Once bail has been posted, your loved one should be able to get out of jail quickly. The release can happen in as little as one hour, although waits of 6 to 12 hours are not uncommon for someone being held in county jail.

Don't lose your freedom in jail because you can't make bond.

We Can Help Avoid Penalties for Failure to Appear

It is important to understand that bail is a financial incentive to ensure a defendant shows up for court. If the defendant fails to appear for necessary court hearings, any money paid as bail will be forfeited. Additionally, the defendant will have a warrant issued for their arrest and be charged with the criminal offense of failure to appear.

How Our Skilled Attorneys Can Often Lower Bail

When your loved one has been charged with a crime, our Arizona criminal defense attorneys can work to lower the bond and get them released. We have handled all types of bond and bail hearings, including initial appearances and release hearings on major felony cases. We will fight for a lower bond, pre-trial services release (PTS release), release on own recognizance (OR release), third party release, and every other method of release available.

Time is of the essence. Contact us today for a free consultation to discuss your option for getting your loved one out of jail. We represent clients across Northern Arizona, including Flagstaff Municipal Court, Flagstaff Justice Court, Williams Justice Court, Page Magistrate Court, Page Municipal Court, and all courts in Sedona, Cottonwood, Camp Verde, Prescott, Holbrook, Seligman, Kingman, Winslow, and more.