A DUI Conviction Can End Your Career as a Commerical Driver 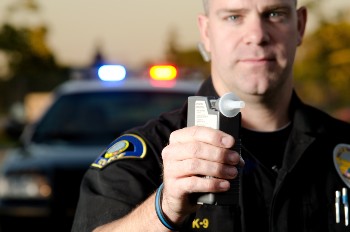 We all know that it is never a good idea to drink and drive. The dangers to property and people are well known—and the penalties for DUI in Arizona are quite severe.

As severe as those consequences can be for the holder of a regular driver’s license, they pale in comparison to the penalties that can be imposed on the holder of a Commercial Driver’s License (CDL) who is charged with a DUI.

These amped-up consequences make sense. After all, commercial drivers spend more time on the road and tend to drive large and often complicated vehicles. Those larger vehicles generally cause more serious damage in the event of a crash—including causing more severe personal injuries. Commercial drivers may also be carrying passengers who rely on them for safe transport in their vehicles.

It is also essential to note that CDL drivers are held to a higher standard in Arizona when it comes to their blood alcohol content (BAC). A person driving with a regular license is considered drunk at 0.08% BAC. For those with a commercial license, that number is cut in half. A person who holds a CDL is considered drunk at 0.04% BAC. This is true whether the driver is stopped while driving their personal vehicle or a commercial vehicle.

Let’s take a look at the consequences for CDL drivers who are charged with DUI.

Consequences of a First DUI Offense on the Job

A first offense for a commercial driver in Arizona is at least a Class 1 misdemeanor and can carry the following penalties:

Consequences of a Second DUI Offense on the Job

A second DUI for a commercial driver will result in:

If the driver’s BAC is 0.15% or above, the jail time and fines increase:

Other Important Things to Keep in Mind After Getting a DUI

That list of consequences probably seems plenty serious, but there are three other things you should keep in mind:

You Need the Help of an Experienced Attorney

As we have pointed out, if you hold a CDL and have been charged with a DUI, you have a lot at stake. That’s why it is important to get help from an experienced attorney who can determine what defense or defenses may be applicable in your case. Some of the possible defenses include:

If you are a commercial driver and have been charged with a DUI, don’t wait to get the representation you need. The lawyers of Griffen & Stevens have the experience and expertise needed to make sure your rights are protected. Your initial consultation is free, so don’t hesitate to reach out to us if you need help.

No better lawyers around. I was charged with 5 felonies by dirty cops. Bruce Griffen came in and not only fought for justice and my innocence but comforted me throughout the whole traumatic event. Thanks Bruce! God will bless such a just warrior.

Ryan Stevens is an amazing attorney! He truly cares about his clients, their families, and will fight for you with a heart of gold. He's definitely a great attorney and would recommend him without a question!

I highly recommend this law firm. The staff was very kind and courteous. I had a great outcome and my lawyer, Ian Van Schilfgaarde was just amazing to work with and he was very quick on working on my case. Thank you very much!!