Failed a Field Sobriety Test? You May Still Have Options 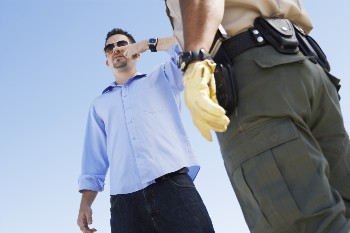 You’ve been pulled over. You know you weren’t speeding and you’re pretty sure all of the lights on your car are in working order. You’re still trying to figure out why the police have stopped you when the officer arrives at your window and politely asks you to step out of the car.

That’s when it dawns on you. The officer thinks you’re drunk. And so you’re about to undergo some field sobriety tests.

The name “field sobriety tests” simply refers to the idea that an officer administers the tests in the “field”—that is wherever you were stopped (rather than, say, back at the police station). There are a number of different tests the officer may ask you to complete. Some of these tests are standardized, meaning there are specific metrics for the officer to consider. Other tests are non-standardized and therefore extremely subjective.

Pass or Fail? It Isn’t Quite That Simple

While the idea of each of these tests is that they will allow the officer who stopped you to determine whether you are intoxicated, the fact is that each of these tests has potential issues. For example, the balance tests assume a person would have excellent balance if sober. But this is not necessarily the case. Those with injuries, who are overweight, or who are simply made nervous by an interaction with a police officer may not do well on those tests.

When it comes to the non-standardized tests (the modified Romberg balance test and the finger to nose test), the lack of clear metrics means that the office must make a judgment call. That judgment call may or may not reflect the reality of the situation. In fact, it is possible for you to pass a breathalyzer test and still “fail” a field sobriety test.

Charged With DUI? Time to Call a Criminal Defense Lawyer

There are a number of situations in which the results of a field sobriety test can be called into question. We have noted the subjective nature of some of the tests and the factors that can make even the standardized tests less than fully reliable. It is also important to discover whether the officer who administered the test has completed the appropriate training.