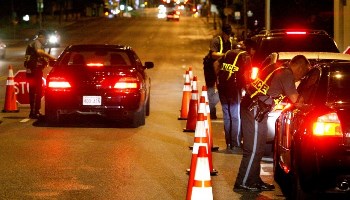 In the heat of battle on DUI cases, we often interview and cross-examine police officers. After one such interview in a DUI case, in Northern Arizona, an officer told me, “Nabbing your client was like shooting fish in a barrel.” I asked what he meant by that. He said, “Your client had no idea what he was doing. I had the upper hand the entire time.”

That hit close to home for me. After hearing the same story over and over again, from officers who employ aggressive investigation tactics to clients who don’t know their rights, it’s clear that most people don’t know what to do when they get pulled over for a DUI investigation. Here are some of the most common complaints—and our thoughts.

1. The Officer Ordered Me Out of My Can. Can He Do That?

He or she can do that. The police officer can order a driver to get out of their vehicle for any traffic stop, even a civil traffic violation like Arizona Revised Statutes section 28-701(A), or a stop sign violation, or even a “failure to produce evidence of financial responsibility” situation. The officer can have a driver get out and walk back to the patrol vehicle. This can be for further investigation of the traffic violation or for police officer safety.

2. The Officer Started Questioning Me About Contraband and Drugs. Can He Do That?

3. The Officer Never Told Me That I Could Leave. Does He Have to Tell Me When I’m Free to Go?

4. When an Officer Asks if I Drank Alcohol, Do I Have to Answer?

No. Nobody has to make any self-incriminating statements. That’s why you have the right to remain silent.

5. Can I Refuse Field Sobriety Tests?

In Arizona, an officer cannot force you to do FSTs. In fact, all FSTs are voluntary. Officers don’t tell you that when you’re on the side of the road. They usually say, “I need you to do some tests for me.” But you can politely decline. This includes the horizontal gaze nystagmus (HGN), or what is also referred to as the “eye test” or “pen test.” FSTs can also present a risk of harm to you, which is another reason you can decline (e.g., if you have a prior head injury or leg injury).

6. Can I Refuse a Portable Breath Test (PBT)?

The officer cannot force you to submit to a PBT. But, the Intoxilyzer 8000 is another story.

7. Can My Driving Privileges Be Suspended if I Refuse the Intoxilyzer 8000?

Wrong. If the officer has probable cause that you are driving under the influence of alcohol or drugs, the officer does have the power to ask you to provide a breath, blood, or urine sample for scientific testing. This situation is covered by Arizona’s admin per se / implied consent laws.  If you refuse, you’ll get a 12-month suspension of your driving privileges in Arizona. Remember, the privilege to drive is exactly that—a privilege—not a constitutional or fundamental right.

These are only some of the issues we routinely find in DUI cases in Flagstaff and across Northern Arizona. If you get pulled over for a DUI, you should be polite and respectful. But you don’t have to give the officer incriminating evidence for no reason. You can decline FSTs, decline to answer interrogation questions, and decline a PBT. If you get arrested, then that means the officer still believes that he or she has sufficient probable cause that you are driving under the influence.

For a free DUI or criminal defense consultation for any case in Northern Arizona, call us today or use our free contact form.