Can I be charged for DUI under federal law? 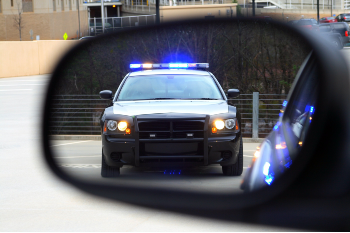 Every state in the nation has its own laws related to driving under the influence (DUI). That’s due, in part, because it is a good idea to discourage people from operating motor vehicles while impaired. But it is also due to a federal requirement. The federal government requires each state to have a DUI law or lose its federal highway funding. The result is that most DUI cases are state cases.

However, there are some situations in which a DUI can be a federal crime. Here’s what you need to know.

A DUI becomes a federal crime if the infraction occurs on federal land. Federal land includes:

If you are arrested for a DUI in any of these locations, you can be charged under federal law. If the arrest occurs in the last four places listed above, you will be tried under the DUI laws of the state where you are arrested. We want to call special attention to the first two examples of federal land.

If you are arrested in a national park, you will be charged with a class B misdemeanor, which is punishable by up to six months in jail, fines up to $5,000, and up to five years of probation. If you are a member of the military arrested on base for DUI, you will be tried in federal court—and may be subject to consequences related to your service, up to and including dismissal from the military.

No Matter Where You Are Arrested, You Need an Attorney

Whether federal or state law applies, the penalties for DUI are serious. That is why it is so important that you hire an attorney to represent you. Attempting to handle the case on your own is never a good idea. Your attorney will have a full understanding of the relevant laws and will be able to argue on your behalf in order to achieve the best possible result.

The lawyers of Griffen & Stevens have the experience needed to effectively represent you after a DUI arrest—whether or not it occurs on federal land. Don’t wait to get the representation you need. Contact us today for a free consultation.