Will I go to jail if I’m charged with drug possession? 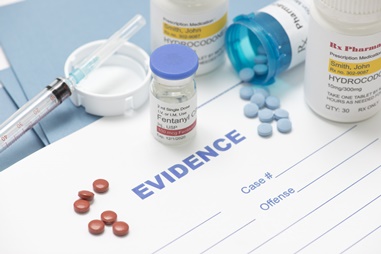 Drug possession is a serious criminal offense in Arizona. Depending on the charges you face, you could be sentenced to jail or prison.

However, you may have strong defenses that could result in the charges being dismissed or reduced to a lesser charge. Hiring a knowledgeable criminal defense lawyer is essential if you want to achieve the best outcome in your criminal case.

What Is Drug Possession in Arizona?

Under AZ §13-3408, it is illegal for a person to knowingly possess or use a controlled dangerous substance (CDS). An individual can be charged with violating this law for doing the following:

In Arizona, CDS are divided into six groups. The classification and penalties for possession of each classification of drugs are contained in AZ §13-3401 through §13-3422. The six groups are:

Penalties for Possession of Drugs in Arizona

Possession of controlled dangerous substances can be charged as a Class 1 misdemeanor or a Class 3, 4, or 5 felonies in Arizona, depending on the type of drug possessed. If you are convicted, your sentence would depend on whether this is your first or subsequent conviction and the type of drug you possessed. Here is the sentencing range for some common drug possession offenses.

Possession of peyote would be charged as a Class 6 felony. If you are convicted, you could be sentenced to four months to two years in prison. In addition, the judge can order you to pay fines of up to $150,000. However, an individual may be able to get the charges dismissed if the peyote was used for religious reasons during a religious event, and they can show that they do not pose a threat to others.

It is a crime to knowingly inhale or drink substances emitting toxic vapors. Glues, aerosol sprays and isopropyl alcohol are a few of the substances that fall within this category of drugs. Possession of these substances is a Class 5 felony. The punishment can include six months to two and one-half years in prison and a fine of up to $150,000.

The judge has the discretion to reduce the charge to a Class 1 misdemeanor. The sentence could be much less severe and may include up to six months in jail and a fine not to exceed $2,500.

Arizona passed a law in 2020 that made recreational marijuana legal. Under the law, you are allowed to possess up to one ounce of marijuana if you are an adult who is 21 years old or older. However, you can still face criminal charges if you possess more than an ounce of marijuana.

The penalty you would face if you are convicted would depend on the amount of marijuana in your possession. If you were a first-time offender, you could be punished as follows:

You could be charged with a Class 4 felony if you are arrested when possessing cocaine, heroin, or other narcotics if they are considered to be for sale. You could be sentenced to a prison sentence or up to one year in jail, depending on a variety of factors, such as your prior criminal history and the seriousness of this offense. You could also be assessed a fine of not less than $2,000 or three times the value of the narcotics, whichever is greater.

Contact Our Criminal Defense Attorneys for the Legal Assistance You Need

You could face harsh punishments and the long-term consequences of having a permanent criminal record if you are convicted of drug possession in Arizona. Our experienced criminal defense lawyers will raise the defenses that can help you fight the charges you face—even if you are guilty. To learn more about how we can defend you so that you achieve the best possible outcome, fill out our convenient online form today to schedule your free consultation.