What is drug paraphernalia and why is it illegal? 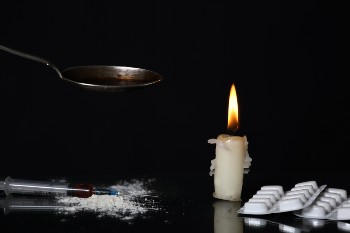 As a general rule, you probably wouldn’t expect to be arrested for having a spoon in your pocket. There could, after all, be any number of reasons you might be in possession of a spoon. For example, maybe you packed a lunch at home and the only non-disposable thing you packed was the spoon. So you threw away the garbage, recycled the recyclables, rinsed off the spoon, and then tucked it in your pocket.

But let’s say you are acting a little erratically out on the sidewalk and a police officer notices. Maybe the spoon is poking out of your pocket and the officer concludes it isn’t just a spoon. It’s drug paraphernalia.

Here is the very broad statutory definition of drug paraphernalia:

All equipment, products and materials of any kind which are used, intended for use, or designed for use in planting, propagating, cultivating, growing, harvesting, manufacturing, compounding, converting, producing, processing, preparing, testing, analyzing, packaging, repackaging, storing, containing, concealing, injecting, ingesting, inhaling or otherwise introducing into the human body a drug in violation of [the law].

What the State Must Prove in a Drug Case

It might seem like you can be charged with possession of drug paraphernalia if you have just about anything on your person. But the state can’t just declare that a spoon is drug paraphernalia. Instead, they must prove beyond a reasonable doubt that the spoon does, in fact, meet the statutory definition and that it was used (or was possessed with the intent to use) to do one of the following in relation to an illegal drug:

If you used your spoon to eat some yogurt and not to conceal, inject, or ingest (and so on) an illegal drug, then your spoon is not drug paraphernalia.

If a person has no prior criminal convictions, the penalty for possession of drug paraphernalia can be up to two years in prison. With a prior conviction on record, the sentence could be as much as six years. Those who have not been convicted before (or those who might be described as low-level drug offenders) may be eligible for “out of custody” sentencing options or for a probation-only sentence. Both of those options are carefully monitored so that the individual does not deviate from the terms of their sentence.

How Griffen & Stevens Can Help Your Drug Possession Charge

The attorneys at Griffen & Stevens are criminal defense experts and will provide a vigorous defense of your rights if you have been charged with possession of drug paraphernalia. Contact us today to schedule a consultation.