If You Are Charged With Drug Possession, You Need to Be in Possession of an Attorney 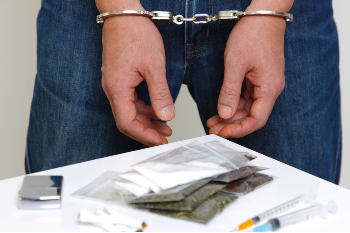 The word “possession” is interesting.

When it comes to drug possession, Arizona law makes it clear that this kind of possession falls squarely on the negative side.

You are probably already aware that drug possession charges are serious business—and can result in significant penalties if you are convicted. What you may not know is that those penalties vary to one degree or another based on which of three categories the drugs in question fall.

Those three categories—dangerous drugs, narcotics, and marijuana—and the consequences that accompany them are further informed by the specific drugs in your possession, the quantity of these, whether you are charged with simple possession—meaning the drugs were for personal use—or possession with the intent to sell, and your previous criminal history.

Let’s take the categories one by one. We’ll start with marijuana in order to highlight the changes in the law since the November 2020 election, during which Arizona voters decided to make recreational marijuana use legal in the state.

Proposition 207, which voters approved in November, legalizes the possession of as much of an ounce of marijuana for adults who are at least 21 years old. Individuals may also grow as many as six marijuana plants at home. For those without a green thumb, Proposition 207 also establishes parameters for retail sales of the drug. (Sales may begin in March 2021.)

That is all good news for recreational users of marijuana, but it does not mean that you cannot be arrested for marijuana possession if you exceed the established limits. If you are in possession of more than an ounce but less than two pounds of the drug, you can be charged with a Class 6 felony (this can be reduced to a misdemeanor) or a Class 5 felony if you produced the drug yourself. The charge increases to Class 4 if you are in possession of the drug for resale (assuming you are not a licensed vendor).

Penalties include a fine of at least $2,000 or three times the value of the drugs in your possession—whichever is higher. You may avoid jail time entirely if you have no prior convictions or you could spend up to a year in jail. If you have prior convictions, the jail time could be as much as 3.75 years.

“Dangerous drugs” is a somewhat vague description, but the potential penalties for possession of drugs that fall into this group are anything but vague. You will be charged with a Class 4 felony (though this could be reduced to a Class 1 misdemeanor if the drugs in question were not meth or any sort of amphetamine). The penalties on the table mirror those for marijuana—$2,000 or three times the value of the drug and jail time ranging from none to 3.75 years depending on factors like prior convictions.

Narcotics include drugs like heroin, oxycodone, and fentanyl. Here again, the potential penalties mirror those above—unless you have two prior convictions. In that case, you could be facing up to 15 years in jail. That more severe penalty for repeat offenders is a clear signal of how seriously Arizona takes possession of narcotics.

Make No Mistake—You Need a Lawyer

If you are arrested for drug possession, you need to contact an Arizona criminal defense lawyer right away. Your attorney will be able to fully investigate the situation that led to your arrest and determine which of several potential defenses might be appropriate. Those defenses might include:

A drug possession conviction can have a significant negative impact on the rest of your life. If you have been charged with drug possession, don’t go it alone. Contact Griffen & Stevens and get the help you need.