Even If You Didn't Plan to Sell, You Could Face Arizona Drug Trafficking Charges 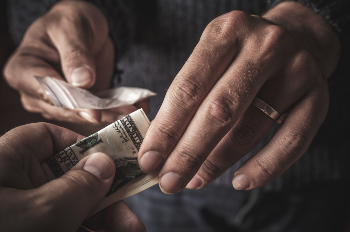 So, the police have caught you with drugs. This is, of course, bad news.

But depending on how much you have on you, there may be worse news coming. You might be charged with—and convicted of—drug trafficking.

That may strike you as ridiculous. After all, the charge of drug trafficking is for people, for example, who are bringing significant amounts of a drug across the Arizona border with the express purpose of selling it, right? That doesn’t apply to you, right?

Well, it turns out that Arizona law contains a provision about threshold amounts. What does that mean—and just what amounts are we talking about? Let’s take a closer look.

The term threshold amount simply refers to the amount of a drug that triggers a trafficking charge rather than just a possession charge. Different drugs have different threshold amounts:

A drug trafficking charge is no small matter. Depending on the specific drug and quantity in question, the minimum sentence could be as much as seven years in prison for a first-time offender.

In order to secure a conviction, the prosecution will have to demonstrate that you knowingly imported, transported, or sold a recognized narcotic drug. Remember, if you are in possession of more than the threshold amount of any given drug, you will not be able to argue in court that it was for your personal use.

Potential Defenses for Your Drug Charge

You Need Representation Right Away

The single most important thing you can do if you are arrested on a drug trafficking charge is to hire an attorney to represent you. As we have discussed, the penalties for drug trafficking are severe, so it is absolutely essential that you have an advocate who can evaluate the evidence, the circumstances of your arrest, and the legality of the search that led to your arrest. Once that thorough investigation has been completed, your attorney can develop an appropriate defense.

The attorneys at Griffen & Stevens have the expertise and experience necessary to provide the defense you need following an arrest for drug trafficking. Drug enforcement in Arizona is pursued very aggressively, so it is imperative that you avail yourself of a vigorous defense. The drug defense attorneys in our office work to protect the futures of individuals who may have made a mistake—and who are genuinely remorseful about that mistake. If you need help, you should reach out to Griffen & Stevens without delay.