Arizona Medical Marijuana: What You Need to Know If You're Facing Federal Drug Charges 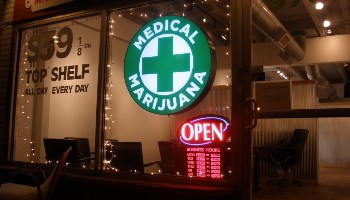 Medical marijuana is legal in the State of Arizona, but the federal government’s archaic drug laws may undermine Arizona’s authority to permit the production, distribution, and/or use of medical marijuana.

At the federal level, the drug cannabis (marijuana) is classified as a “Schedule I” substance under the federal Controlled Substances Act. See 21 U.S.C. § 801 et seq. By their legal definition, Schedule I substances are deemed to have a high potential for dependency. Therefore, according to federal law, a controlled Schedule I substance has no medical use. A significant number of physicians, however, disagree with Congress on this issue.

Arizona voters passed the Arizona Medical Marijuana Act in 2010, permitting the use of medical marijuana within the State of Arizona. See A.R.S. § 36-2801 et seq. This law has no impact on the federal Controlled Substances Act. Instead, the law contradicts, for the most part, the federal law. However, Arizona citizens are not without support.

In October 2009, President Obama’s administration released a memo to its federal prosecutors encouraging them to not prosecute people who distribute marijuana for medical purposes in accordance with their state’s laws.

Because Congress has been dragging its feet, there has been no amendment to the Controlled Substances Act. The possession and distribution of marijuana is a federal offense. So how can Arizona citizens pass a law saying otherwise? Well, that issue is being briefed and argued in Maricopa County Superior Court.

You might be thinking… federal law is supreme… of course, it supersedes Arizona’s wimpy state law… Well, think again. Actually, take a look at the U.S. Constitution. How often do you hear people talking about “free speech”, “freedom of religion”, and “search and seizure”? Those are all derived from the language of the Bill of Rights. But there is one very important amendment – the Tenth Amendment – that deserves serious consideration. “The powers not delegated to the United States by the Constitution, nor prohibited by it to the States, are reserved to the States respectively, or to the people.” That said, the U.S. Supreme Court has rarely declared a law unconstitutional on the basis of the Tenth Amendment. See, e.g., New York v. United States, 505 U.S. 144 (1992).

In the modern era, the Court has only done so where the federal government compels the states to enforce federal statutes. The basic rule is: Congress cannot directly compel states to enforce federal regulations. Can we extend that to say that neither Congress, nor the Department of Justice, can compel the State of Arizona to honor, or not interfere with, the Controlled Substances Act? Does Arizona’s medical marijuana law actually “interfere” with the federal law at all? Why can’t the State of Arizona legalize marijuana and therefore not criminally prosecute anyone in the state court system for marijuana offenses?

That is essentially what is happening now.

You can lawfully possess marijuana in Arizona under state law, but if you do, you are not immune to federal prosecution. We all know the feds do not have the resources to target, arrest, and prosecute you for a small quantity of marijuana, but we anxiously await the outcome of this overly dramatic legalization process. In the meantime, if you are arrested or charged with an Arizona or federal drug offense, contact us today for aggressive and experienced criminal defense representation.