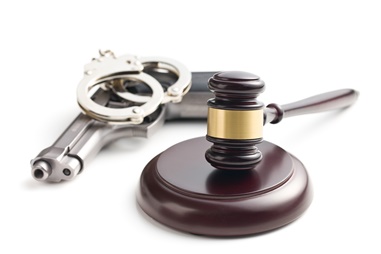 Gun offenses are often charged as felonies and are punished harshly in Arizona. If you have been arrested for a weapons crime, you must take the charges seriously and aggressively defend against them. Even if you are guilty, this could result in the charges being dismissed or reduced to a less serious offense.

What Is Considered a Firearm?

Firearms are specifically defined under ARS §13-3101(A)(4). This law defines a firearm as one of the following, whether they are loaded or unloaded:

A firearm that is in a permanent inoperative condition is not considered a firearm under this statute. A deadly weapon is one that is designed for lethal use and includes a firearm.

There are many gun offenses in our state. Some of the most common offenses are included in Chapter 31 of the Arizona Revised Statute and include the following crimes:

Misconduct involving a weapon is a very common offense that can involve the use of a firearm or other weapon. Depending on the specific violation of the law, this crime can be charged as a Class 2, 4, or 6 felony under ARS §13-3102. There are many ways a person can violate this criminal law, including intentionally doing any of the following:

Unlawful Discharge of a Firearm

Under ARS §13-3107, it is a Class 6 felony to unlawfully discharge a firearm. The person must have discharged a firearm within the limits of a municipality and have done so with criminal negligence.

Disorderly Conduct With a Weapon

ARS §13-2904. One of the ways this crime can be committed is to knowingly and recklessly handle, display, or discharge a gun with the intent to disturb the peace or quiet of a neighborhood, family, or individual.

ARS §13-1209 makes it a crime to engage in a drive-by shooting. An individual commits this offense by intentionally discharging a firearm from a motor vehicle at a person, an occupied vehicle, or an occupied structure. This offense would be charged as a Class 2 felony.

An assault can be charged as aggravated assault if it is committed using a deadly weapon. If a gun were used when committing the crime, the accused would be charged with a Class 3 felony.

You face harsh punishments if you are convicted of a gun offense in Arizona—even if this is your first criminal conviction. Many of these crimes carry mandatory prison sentences. You could be sentenced as follows:

In addition to incarceration, you could be ordered to pay a fine of up to $150,000 if you are convicted of one of these felony offenses. You will also face the long-term consequences of having a permanent criminal record that can affect your ability to obtain a job, housing, education, and more.

Were you charged with a gun offense in Northern Arizona or Flagstaff? Start an online chat or fill out our online form to schedule a free consultation with our experienced criminal defense lawyers to find out how we can assist you.