When You Need a Strong Flagstaff DUI Defense, We're Here to Help 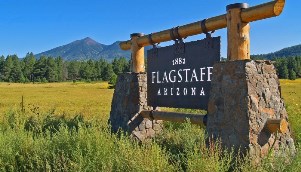 All DUI cases are criminal in nature. That means the Arizona Rules of Criminal Procedure apply. Cases begin with an investigation, arrest, and the filing of criminal charges. Then an arraignment, pre-trial conferences, case management conferences, and a jury trial may follow.

It is important to understand every step of the procedure, to know when it is best to negotiate, when to file disclosure, when to expect to make a decision, and how to file motions to suppress evidence. Not to mention: how to win a jury trial. Last year, Griffen & Stevens Law Firm, PLLC earned dismissals of numerous DUI cases by utilizing the rules of procedure, as well as arguing constitutional law.

Arizona DUI law evolves rapidly. There are new Arizona Supreme Court cases that affect DUI defense often throughout each year. Tactics in challenging breath or blood evidence are also evolving. At Griffen & Stevens Law Firm, PLLC, attorneys Bruce S. Griffen and Ryan J. Stevens routinely study new laws and cases from the Arizona Court of Appeals and Arizona Supreme Court. For example, a huge case came down in 2014 that made it impossible for the State to convict a person of DUI based solely on having a non-psychoactive metabolite of marijuana in their body at the time of driving. Other areas of challenge to DUI cases include illegal traffic stops, Miranda violations, lack of probable cause for arrest, right to counsel violations, and numerous other areas.

When the prosecutor refuses to offer a plea agreement worth accepting, it is critical that you have a lawyer with substantial trial experience. In the last couple years, our criminal defense attorneys have obtained substantial trial success. Griffen & Stevens had a DUI case thrown out of court during the middle of a jury trial; obtained “not guilty” jury verdicts on charges such as DUI, possession of dangerous drugs, and more; obtained multiple hung jury results on serious felony cases, causing the prosecution to either dismiss or seriously reduce the charges; and other successful outcomes prior to trial, such as the dismissal of a second-degree murder charge.

Arizona DUI law gives the defendant the right to a jury trial. Will a jury understand your position? Will a jury respect your testimony or silence? Will you have a lawyer whom the jury trusts?

We are pleased to offer free consultations on all criminal charges, including DUI. Complete our contact form or call us at the number at the top of this web page.