What You Need to Know About the Flagstaff Justice Court 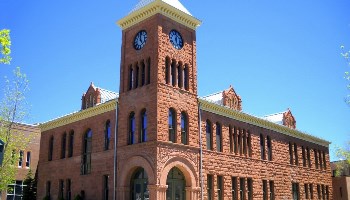 Typically, the prosecutors and the defense attorneys will meet at Pre-Trial Conferences (PTCs) to negotiate a non-trial resolution. If a case is not resolved with a plea agreement, the case will either be dismissed or will go to trial. If it’s a non-DUI misdemeanor case, the trial will be called a bench trial, which means that the Justice of the Peace will be the fact-finder (i.e., the Justice of the Peace will determine your guilt or innocence, much like a jury does in a felony case or a misdemeanor DUI case).

Who Are the Justices of the Peace in Flagstaff Justice Court?

Both Judge Grodman and Judge Arlington can preside over criminal cases, felony preliminary hearings, initial appearances (where an initial bond will be set on in-custody defendants), misdemeanor trials, and other civil proceedings.

According to Arizona Revised Statute (A.R.S.) section 22-201: B. Justices of the peace have exclusive original jurisdiction of all civil actions when the amount involved, exclusive of interest, costs, and awarded attorney fees when authorized by law, is ten thousand dollars or less.