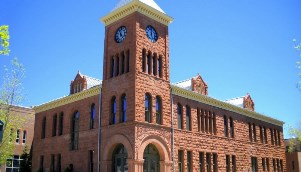 Over five million people visit Flagstaff and Northern Arizona each year. Whether it’s a visit to Northern Arizona University (NAU) or the Grand Canyon, or perhaps to ski at Snow Bowl in the winter, Flagstaff welcomes tourists and travelers every day. With that many people, not to mention all of the NAU students who live here, people who work in town, and visitors from the Reservation, it’s no surprise that Flagstaff police, DPS, and the Coconino County Sheriff’s Office stay busy with arrests and citations.

This is Flagstaff’s adult felony court. If you have a criminal case in Coconino County Superior Court, it means you are charged with – and being prosecuted for – a felony case. A felony, by definition, is any crime for which you can be punished in excess of one year in prison. Therefore, major felony cases involving life in prison, the death penalty, and decades of incarceration are heard and tried in the Coconino County Superior Court.

There are four main divisions that handle felony cases in Coconino County Superior Court. However, there are six divisions in total. This is also the location in which the DUI/Drug Court Program operates.

There are two Justices of the Peace in Flagstaff Justice Court. Both have prior experience working in criminal defense.

There are several judges that work in the Flagstaff Municipal Court, although only two are assigned to resolve the large majority of all Flagstaff misdemeanor cases.

This is the court for juvenile offenders and juvenile criminal charges (i.e., criminal charges against a minor under the age of 18). Arizona law does allow the prosecutor’s office to charge certain felony cases in adult court, even if the accused is under 18 years old.

This court has one main judge. She is very experienced in juvenile law.

This is Flagstaff’s only federal court dedicated to criminal cases. This court handles misdemeanor cases through completion and the preliminary stages of felony cases (including a preliminary hearing and detention hearing). If a felony case proceeds beyond the preliminary stages (i.e., the case is not pled down to a misdemeanor), then the case will be transferred to U.S. District Court in Phoenix. This court handles cases that arise in the Grand Canyon National Park, Glenn Canyon National Recreation Area, Lake Powell, Lake Mohave, and other federal jurisdictions. For major felony cases, as noted in the Major Crimes Act, 18 U.S.C. § 1153, that occur on the Indian Reservation, oftentimes the preliminary stages of the case will occur in this court.