What are wobbler crimes? 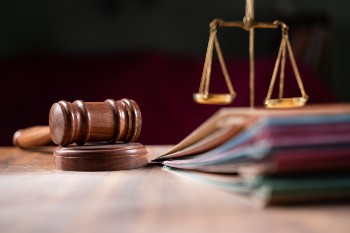 What Is a Wobbler Offense?

In Arizona, felonies are divided into six classifications. Class 1 felonies are the most serious crimes, and Class 6 felonies, such as shoplifting or unlawful discharge of a firearm, are the least severe felonies.

Some crimes fall in the gray area of being a Class 1 misdemeanor or a Class 6 felony, depending on the circumstances of the crime. In these cases, the judge has the discretion to treat the offense as a wobbler crime.

What Are Examples of Wobbler Crimes?

In Arizona, specific requirements must be met for a crime to be considered a wobbler. They include:

Examples of wobbler offenses include:

How Are the Penalties Different for a Felony vs. a Misdemeanor Conviction?

The penalties would be much harsher if a conviction is for a Class 6 felony rather than a Class 1 misdemeanor. If the crime is a felony, the individual could be sentenced to between four months and five years and nine months in prison and a fine of up to $150,000.

However, if the conviction is for a Class 1 misdemeanor, the sentence would be lighter. The judge could impose a jail sentence of up to six months, probation for up to three years, and fines not to exceed $2,500.

In addition, the long-term consequences of a felony conviction would be more severe than if the conviction was for a misdemeanor. They include:

How Can You Get a Wobbler Offense Reduced to a Misdemeanor?

There are several ways a defendant can get their Class 6 felony reduced as a wobbler crime. Here are a few options:

Are you facing criminal charges in Flagstaff or Northern Arizona? Our knowledgeable criminal defense lawyers can advise you whether your offense could be a wobbler crime and how we will mount an aggressive defense for you.

Contact us online or call our Flagstaff office at 928-226-0165 to schedule your free initial consultation today to learn more about how we can defend you. We also invite you to order our free book, Accused of a Crime in Arizona: What Happens Next Is Up to You.