Making Bail in Arizona: How the System Works 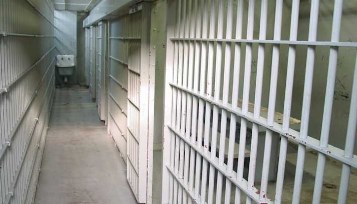 Bail and bonds play a major role in felony cases in Arizona. Occasionally, bail and bonds affect misdemeanor cases, too.

Let’s talk about how the bonds system works in Arizona.

When someone is arrested for a criminal offense, they get taken to jail, booked in, and thrown into a holding cell. But they get to see a magistrate. If you are arrested, you “shall be taken before a magistrate without unnecessary delay.” Rule 4.1(a), Arizona Rules of Criminal Procedure (ARCP).

Instead of arguing over what unnecessary delay means, we have an additional explanation in Rule 4.1(a): “If the person is not brought before a magistrate within 24 hours after arrest, he or she shall immediately be released.” Get the arrested person before a judge within 24 hours or let the person leave jail. Plain and simple. That first appearance is called an initial appearance.

At the initial appearance, the magistrate is required to inform the inmate of many things, including the charges, right to counsel, right to remain silent, whether probable cause exists for the purpose of release from custody, and more. See ARCP 4.2(a).

Because of the initial appearance rule, most jurisdictions and Arizona jails have systems in place to ensure that arrested people are seen by a magistrate within 24 hours of the arrest, even on weekends. That way, they are not required to release people.

However, if the police want to throw somebody in a drunk tank (i.e., a large jail cell in which intoxicated arrested persons are left to sober up), they can do that as long as they had sufficient probable cause to arrest. Then, before the 24 hours is up, the jail can release the now-sober person, having never taken them before a magistrate.

Within 48 hours of a warrantless arrest, a criminal complaint must be filed against the arrested person, or else release is mandated.

An appearance bond is an undertaking, on a form approved by the Supreme Court, to pay to the clerk of the court a specified sum of money upon failure of a person released to comply with its conditions. ARCP 7.1(b). Rule 7.2 discusses the right to release of all arrested persons: “Any person charged with an offense bailable as a matter of right shall be released pending or during trial on the person’s own recognizance[.]” “Own recognizance” means release without any condition of an undertaking relating to, or deposit of, security. ARCP 7.1(a).

That sounds like good news for inmates. However, there is a major exception to this rule. If “the court determines, in its discretion” that own recognizance release “will not reasonably assure the person’s appearance as required[,]” then the court is not required to release the person. And this is where bail comes into play.

The court is permitted to set an appearance bond. Such a bond can be unsecured, secured, or cash only.

Typically, a warrant will issue for the person’s arrest. When an arrest is made, that person will then be ordered to pay, or else continue to sit in custody.

A secured appearance bond is an amount of money that the person must put up before being released. Contrast that to the unsecured bond, which does not require the person to ever post the bond unless they fail to appear.

With a secured appearance bond, you can get a bail bondsman to put up the money and essentially promise the court that you will appear or else the bondsman will find you, arrest you, and bring you before the court. This added security is often used to make judges more comfortable releasing you. Bail bonds companies often assess the risk of bonding you out. If they decide to help you, they will require a down payment, which they will keep, even after your case is over. That’s how they get paid.

Typically, that amount is roughly 10% of the total secured bond.

For example, if you are arrested for felony DUI, or Aggravated DUI, you will be taken into custody, held for up to 24 hours, and taken before a magistrate. The magistrate will inform you of your rights and then decide on a bond. The magistrate may decide on a $5,000 secured appearance bond. Then, you or your family can try to locate a bail bonds company, who may require a $500 down payment in order for them to put up the remaining $4,500 to secure your release.

Worse than a secured appearance bond is a cash bond. A cash bond is exactly what it sounds like: you must put up the full amount of the bond in cash in order to secure your release from custody.

Bonding Out Matters to Your Case and Your Sanity

When a criminal defendant is held in custody, the person has limited access to evidence; all communications with friends and family are recorded or copied; no telephone calls are safe; visitation with the person’s lawyer is restricted and strained; stress and fear are higher; and, most importantly, you are physically limited from assisting in your own defense. Getting out of jail is absolutely critical. It can help your case, and it will keep you sane.

For a free consultation on any criminal matter involving bond or bail, call Griffen & Stevens Law Firm, PLLC right now, or use our contact form. It’s free. And you should be too.