Ahmaud Arbery Trial: Could the "intentional discrimination" during jury selection happen in Arizona? 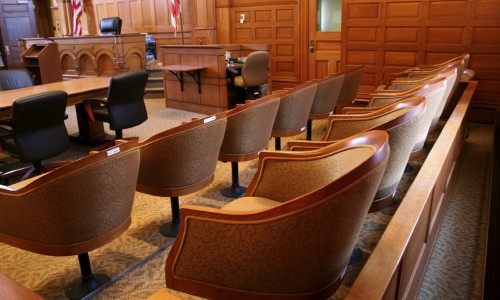 The murder trial on Ahmaud Arbery's shooting death has begun in Georgia. The trial immediately made national headlines because the judge said that he found "intentional discrimination" in the jury selection process. But then the judge said there's nothing he can do about it.

So what went wrong, and could the same thing happen in Arizona?

In Arizona, every defendant charged with a felony offense, or a DUI and certain other misdemeanors, is entitled to a jury trial. When selecting a jury, up until 2022, the parties each had six (6) peremptory strikes, which could be used to remove any six (6) prospective jurors on almost any basis.

Over 30 years ago, the United States Supreme Court ruled in the case of Batson v. Kentucky, 476 U.S. 79, 106 S. Ct. 1712 (1986), that peremptory challenges cannot be used discriminatorily to strike jurors from the jury panel based on sex, race, ethnicity, or religion.

So how did the lawyers in the Arbery case get away with it? And do we need to be concerned about the same thing happening in Arizona jury trials?

How do "Batson challenges" work in court?

The truth is that the Arbery case judge, as portrayed in the media, wasn't as clear as he should have been. Under Batson, there is a process for determining if the lawyers' peremptory strikes were used appropriately or not. It goes like this:

1. Opposing counsel objects and accuses the other side of violating the Batson ruling. The objection must be detailed because you have to make a prima facie showing that the other side struck jurors on the basis of race, sex, ethnicity, or religion. Without this initial showing, the objection fails.

2. The other side must then defend their strikes and offer neutral or "race-neutral" reasons for the use of their strikes. For example, in the Arbery trial, the lawyers who struck a large number of African American prospective jurors argued that the juror strikes were based on "race-neutral reasons," not on race itself.

What did the judge get wrong in the Arbery case?

Can the same thing happen in Arizona?

No, it can't happen here in Arizona. The first reason is that Arizona does enforce the Batson law correctly. The second reason is that starting in January of 2022, the parties in an Arizona criminal case will no longer have any peremptory strikes. This means that if your case proceeds to a jury trial, neither you nor the prosecution can strike any jurors.

To remove a juror from the panel, you will have to convince the judge that the person must be excused, under Arizona law, for "hardship" or for "cause." It is critically important now that peremptory challenges are being taken away from you that you have the best, most-experienced trial lawyers on your side for jury selection. After all, jury selection is the most important early step in a trial. You need to select the best jury possible to have your best chance at winning your trial.

If you have a case that may proceed to a trial in Arizona, contact our experienced trial attorneys for a free consultation. We defend all criminal charges at the highest level, and we have the trial results to prove it. Use our contact form today.