Sexual Assault Is a Serious Criminal Offense in Arizona 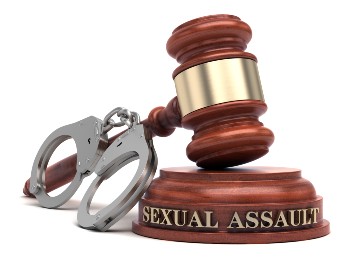 Sexual assault is an extremely serious crime in Arizona that is charged as a felony. If you are convicted of a sexual assault offense, you could be sentenced to decades in prison and have many collateral consequences for the rest of your life. You do not want to try to fight the charges you face without the help of an experienced criminal defense lawyer.

What Is Sexual Assault in Arizona?

Sexual assault is commonly referred to as rape in our state. In Arizona, it can involve forcible rape through the use of threats or violence. It can also be committed in other ways, such as having nonconsensual sex with a victim who cannot resist because they have been given alcohol or drugs. The victim can be a woman or a man.

Under the law, without the consent of the victim can include any of the following:

What Are the Punishments for Rape in Arizona?

Sexual assault is a Class 2 felony in Arizona. If a person is convicted of this crime, their sentence will be determined by the facts and circumstances of what occurred when the crime was committed and their prior criminal history.

The judge will determine an individual’s punishment by first considering the presumptive sentence, which is the default sentence for the crime. They would then decrease or increase the penalties based on the facts of the case and the defendant’s prior criminal felony convictions. If the individual is convicted of more than one rape offense, the sentences must be served consecutively. Possible sentences include:

If you face sexual assault charges in Flagstaff or Northern Arizona, our knowledgeable criminal defense attorneys can mount an aggressive defense strategy to fight the charges you face. Call our Flagstaff office at 928-226-0165 or fill out our online form to schedule a free consultation to learn more about how we can help you. Also, order our free book, Accused of a Crime in Arizona: What Happens Next Is Up to You.