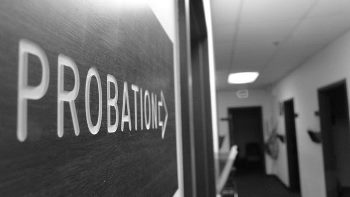 Have you heard of lifetime probation? For example, in some cases involving sexual offenses under Title 13, Chapter 14 of the Arizona Revised Statutes, a person can be placed on lifetime supervised felony probation. That usually means that a person is likely going to be on supervised probation until the day they die.

In this article, we’re going to delve into the post-sentencing world of probation termination. After a person is convicted of a felony and sentenced to a term of probation (or prison with a probation tail), the Adult Probation Department takes over the case, supervises the convicted person, and reports failures to the Court.

But what if a person does not deserve to remain on probation? Can the Court step in and terminate lifetime probation? Yes.

Arizona Law Requires the Court to Retain Jurisdiction Over a Probationer

It is well-settled that the court which places a defendant on probation retains jurisdiction over the probationer for as long as he remains on probation.

The court, on its own initiative or on application of the probationer, after notice and an opportunity to be heard for the prosecuting attorney and, on request, the victim, may terminate the period of probation or intensive probation and discharge the defendant at a time earlier than that originally imposed if in the court’s opinion the ends of justice will be served and if the conduct of the defendant on probation warrants it.

Notwithstanding the defendant’s failures and unsuccessful behavior on probation, the Arizona Supreme Court held:

The court of appeals . . . correctly held that a trial court may terminate probation under § 13-901(E) when the defendant has not completed all terms of probation. To be sure, such a failure will typically indicate that the defendant is not sufficiently rehabilitated to deserve termination, or, in the words of the statute, that neither “the ends of justice” nor “the conduct of the defendant on probation” justify early termination. But, in an appropriate case, the statute authorizes the trial court to terminate probation even if a probationer has been unsuccessful in fulfilling all conditions of probation within the original term.

Id.at 564. The Arizona Supreme Court, finding no abuse of discretion by the trial court, expressly held “that § 13-901(E) permits a court to terminate the probation of a defendant who has not completed all required community service or paid all outstanding fines and fees if the statutory prerequisites are met.” Id.

Statutory and case law are not the only legal foundations upon which Mr. Romero makes his request for early termination. Rule 27.4 of the Arizona Rules of Criminal Procedure provides the following support for terminating Mr. Romero’s probation and discharging him “absolutely” as provided by law:

a. Discretionary Probation Termination. At any time during the term of probation, upon motion of the probation officer or on its own initiative, the court, after notifying the prosecutor, may terminate probation and discharge the probationer absolutely as provided by law.

The basis of all of the Arizona laws supporting the power of a Court to terminate probation is that the trial judge is the one who knows best.  Section 13-901(E) “expressly allows termination decisions to be based on the ‘opinion’ of the trial court, entrusts broad discretion to the judges most able to determine the situation of a particular defendant in deciding whether sufficient rehabilitation has occurred to warrant termination.” Lewis, 244 P.3d at 564.

Contact Us to Learn More About Your Options for Probation Termination

The moral of the story is that “lifetime” does not always mean a lifetime when it involves felony probation in Arizona. Circumstances often warrant new relief. It is worth consulting with an experienced Arizona criminal defense lawyer to talk about felony probation. Having your probation terminated early can save you thousands of dollars and a lifetime of difficulties not designed for people like you. Contact us today.