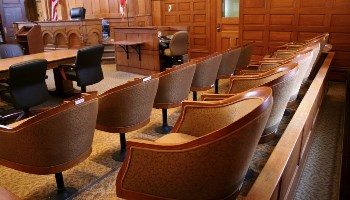 Arizona’s personal injury laws favor comparative negligence (or contributory negligence) when more than one person is at fault for an injury and damages. This can be confusing when two or more vehicles are involved in a collision or accident in Northern Arizona, commonly referred to as a motor vehicle accident (MVA). That type of personal injury case leads to a number of questions.

Can Both Drivers Be at Fault?

Yes. Sometimes both drivers are speeding, or one driver doesn’t use a turn signal properly and another driver fails to yield, causing a collision and injuries.

What Happens If Both Drivers Are at Fault?

That is where comparative negligence comes in. Arizona codified the comparative negligence laws in A.R.S. section 12-2505. According to Arizona law, the defense of contributory negligence is a question to be determined by a jury in court. If there is contributory negligence, then “the full damages shall be reduced in proportion to the relative degree of the claimant’s fault which is a proximate cause of the injury or death, if any.” This means that if a jury determines that a driver is 25% at fault, but that another driver is 75% at fault, the driver who was 25% at fault shall be awarded damages in full, minus 25% of the total. It’s not fuzzy math—it’s personal injury law.

If I Am Partially at Fault, Should I Give Up?

No! Many people who are partially at fault can still be awarded damages. Recently in Flagstaff, a case went to a jury trial where a man slipped and fell on some ice, causing a serious injury to his leg, which subsequently needed to be amputated. The jury determined that the man’s damages were over $1 million, but that he was about 40% at fault. The man was awarded the damages minus 40% of the total. He still walked away with significant damages.

Practical Tip from Griffen & Stevens Law Firm, PLLC: Always consult with an experienced personal injury attorney before you settle a claim with an insurance company. If you are being told that you were partially at fault, you can still “win” your case! Contact us today.