Domestic Violence Misdemeanor and Felony Offenses and Sentences in Arizona 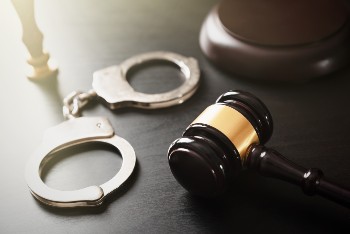 Domestic violence is a serious crime that can be charged as a misdemeanor or felony in Arizona. If you have been accused of this offense, you face harsh punishments and long-term consequences if convicted. You need to retain an experienced criminal defense lawyer as soon as possible to mount an aggressive defense to fight the charges you face. Strong defenses may be available to you—even if you are guilty.

What Is Domestic Violence in Arizona?

What Are Common Domestic Violence Offenses?

Many crimes are charged with domestic violence in Arizona. Some common crimes include:

When Is Domestic Violence Charged as a Felony?

What Are the Penalties for Domestic Violence in Arizona?

The punishments for domestic violence will depend on whether the conviction is for a misdemeanor or felony and the classification of the offense. Several factors can affect the severity of the sentence, such as:

Are you facing misdemeanor or felony domestic violence charges in Flagstaff or Northern Arizona? Order our free book, Accused of a Crime in Arizona: What Happens Next Is Up to You. Then call our Flagstaff office at 928-226-0165 or fill out our online form to schedule a free consultation with our knowledgeable criminal defense lawyers to learn how we can mount an aggressive defense strategy for you.