What happens if I am partially at fault for causing my car accident? 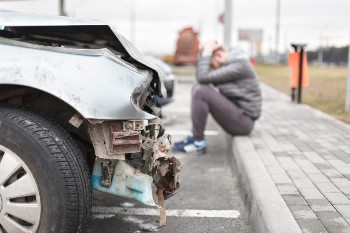 If you were injured in an auto collision and believe you may have been partially negligent in causing it, you may wonder if you have any right to compensation for your injuries. In Arizona, you can still file a claim for compensation with the other driver’s insurance company.

However, you may need to be realistic and accept that you may not receive the full value of your claim in your settlement. In addition, it could take longer to settle your claim with the insurance company.

Let Us Guide You Through Arizona’s Pure Comparative Negligence Law

It is not uncommon for there to be more than one cause of an auto accident and more than one motorist responsible for causing it. Arizona follows the pure comparative negligence doctrine in cases where both drivers share blame for a wreck. Under this law, the damages you can recover for your medical expenses, lost wages, property damages, and pain and suffering would be reduced by your percentage of fault in causing the crash.

If you and the other motorist were both responsible for causing the car accident, you should expect their insurance company to fight harder and longer to prove that your percentage of fault is as high as possible. They do this to pay you the least amount of money possible in your settlement. You need to do everything you can to build a strong case to prove that the other driver was the primary negligent party. Here are the steps you should take.

You must be very careful in what you say to the other driver, their insurance company, and the police. Do not admit any fault in causing the collision. You might be wrong in your belief that you were partially to blame. In addition, your statements could be used against you in settlement negotiations and court.

Do Call the Police

You should contact the police at the crash scene. They will conduct an investigation and write a police report. The police report can contain helpful information, such as details of how the collision occurred, driver and witness statements, and the officer’s conclusions about who caused the crash. This can help you prove that the other driver was primarily responsible for your collision.

You should be examined by a doctor within 72 hours of your accident, even if you do not believe you were hurt or think your injuries are minor. This would protect your health if you suffered a hidden injury, such as a traumatic brain injury, back injury, or spinal injury. It also avoids disputes with the insurance company about the seriousness of your injuries, which might further reduce the amount of compensation you can recover.

Take Pictures of the Car Accident

Use your cellphone camera to take photos of the damage to the vehicles, the collision scene, and your injuries. This will help a lawyer determine how your wreck occurred and your percentage of fault—if any—in causing it.

You should get the contact information for the other motorist and their insurance company so you can file a claim. Getting the information for eyewitnesses to the auto crash will be extremely helpful if they can corroborate that the other driver was entirely or primarily responsible for the collision.

You should hire a knowledgeable personal injury lawyer immediately after the wreck. They will investigate the cause of your crash and collect the evidence you need to prove that the other driver was the primary negligent party. They will also go up against the insurance company so that you receive the maximum recovery in your settlement.

Gain Financial Compensation Even if You Were Found Partially Responsible

If you were injured in an auto collision in Flagstaff or Northern Arizona, order our free book, Injured in Northern Arizona: What Happens Next Is Up to You, to find out about your rights. We also invite you to call our Flagstaff office at 928-226-0165 or fill out our online form to schedule a free initial consultation with our experienced personal injury lawyers today to learn how we can assist you.