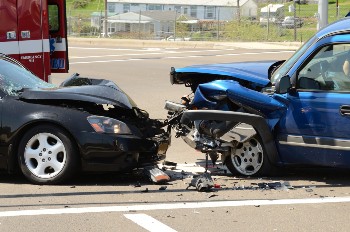 A head-on collision is one of the most dangerous types of auto crash. When the vehicles’ front ends collide, even if the cars are traveling at a relatively slow speed, victims can suffer catastrophic injuries or death. If you or a family member were injured in a head-on collision, a knowledgeable personal injury lawyer may be able to obtain the full value of your claim from the negligent driver’s insurance company.

The majority of head-on car accidents are caused by the negligence of one of the motorists. Common reasons for these crashes include:

Evidence You Need to Prove the Other Driver’s Liability

In Arizona, you must prove the other motorist’s negligence to be entitled to compensation for your injuries in a head-on auto collision. You need to begin collecting evidence at the scene of your car accident to help prove the driver caused it. Types of evidence that can help you build a winning case include:

Were you or a family member injured in a head-on collision in Flagstaff or Northern Arizona? We encourage you to order our free book, Injured in Northern Arizona: What Happens Next Is Up to You, to begin learning about your rights.

Call our Flagstaff office at 928-226-0165 or complete our online form to schedule a free initial consultation with our experienced personal injury lawyers today. We’ll explain your options and how we will fight with the insurance company for the compensation you deserve for your injuries.