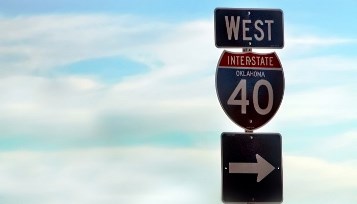 Practical tip from Griffen & Stevens Law Firm, PLLC: We are a regional law firm with a strong presence in courtrooms all over Northern Arizona. We aggressively defend major felony cases, including transportation of drugs for sale and drug trafficking charges, in Navajo County Superior Court, and all other counties in Northern Arizona.

The members of Griffen & Stevens Law Firm, PLLC have noted an increase in traffic stops on I-40 between Winslow and Holbrook and between Holbrook and the Arizona border to New Mexico.

According to the U.S. Supreme Court, a canine sniff of the exterior of a person’s vehicle is not a “search” under the Fourth Amendment search and seizure laws. However, not all drug dog sniffs are legal.

At Griffen & Stevens Law Firm, PLLC, we challenge K9 drug sniffs based on many factors supported by Arizona criminal drug case law, including unintentional or intentional cueing by the K9 officer, residual odor, false alerts by the dog, lack of reliability of the dog, and lack of probable cause to search a vehicle. We use cutting edge legal research to develop and argue the best legal defenses to all vehicle searches in Arizona drug cases.

Police officers across northern Arizona, including Flagstaff and Holbrook, are initiating traffic stops on unsuspecting drivers, usually, those traveling west from California, for bogus reasons like: GPS device on windshield, unsafe following distance, illegal lane usage, speeding 1 or 2 mph over the limit, and endless other pretexts for pulling someone over. Then the officers can ask a driver to get out of their vehicle, wait by the police car while the officer issues a “warning” and begins interrogating that person about drugs and other illegal activity. The officer tries to look for indicia of criminal activity and drug trafficking, and will often utilize a drug detection dog. Ultimately, the officer wants to pressure you to consent to a search of your vehicle.

Practical tip from Griffen & Stevens Law Firm, PLLC: Do not ever consent to a search of your vehicle. Even if you do not have any contraband, or think you do not, you may be surprised that a friend or former occupant of your vehicle left some marijuana in the vehicle. Make the police establish sufficient proof of probable cause! That is where the strongest legal challenges exist. If you consent to a search, we cannot argue the probable cause issue later in Court when you are facing drug transportation charges. Contact us today to learn more.